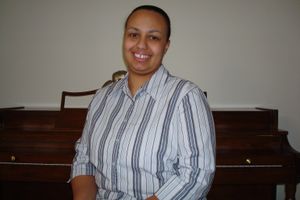 An aspiring recording New Age musician from Minnesota, Olivia Lynn spent most of her life dreaming of having a successful music career. While raising a family young, she put her dreams on hold yet over time had still found ways to share her music with the world by posting a few of her songs online.

“Your dreams are waiting for you!” - Olivia Lynn